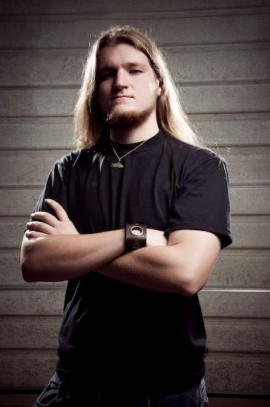 People can read who you are if they visit your website. But in case you reach the notability guidelines of Wikipedia in the future: what should Wikipedia know about you?

You bring up a good point – I should be on Wikipedia!!! Hahah. Not exactly sure what they should know though …

Monkey Island is the declared favorite game of us rebels. We insist, that you take heed of that (if your motivation grows by alcohol, we send you an austrian beer).

Hahah, I’m actually not too familiar with Monkey Island, however a Samichlaus certainly may persuade me to give it a go! I love me some Austrian beer.

Hahah, yea you got yourself a deal on the Monkey Island thing! I’ll play it AND try out playing a song from it for some good Austrian beer! :)

With your videogame taste you don’t comply with the „stupid american“-stereotype here in europe – how is that?

Well, I’m not sure how to answer that question, hahah.

I will say that I’ve met plenty of stupid people from around the world, so it’s certainly not an exclusive trait of just my countrymen!

What’s really interresting for us: when will you release Versus Video Games, what is on the track list and what about a downloadable mp3 version?

The official release date is 1/19/2010 – so just a few days from now it’ll actually be available!

It will definitely be available in a downloadable mp3 format. It won’t be on iTunes for the release  day, but it will still be available for download elsewhere – and later it will also be available on iTunes and AmazonMP3.

I hadn’t actually „announced“ the full tracklisting yet – although plenty of the folks that were at MAGFest 8 know it well! Hahah.

But I’ll go ahead and be a „rebel“ and announce the tracklist here!

Be honest: do you get goose bumps, when you listen to some classic game soundtrack?

Definitely! Sometimes it can be even more emotional to me than any other type of music. It’s not only how amazing and beautiful so many of the themes are – but it’s also the nostalgia attached to these game soundtracks and remembering back when we were younger and life seemed so simple. It takes me back to those days for a brief moment, and it’s pretty awesome. 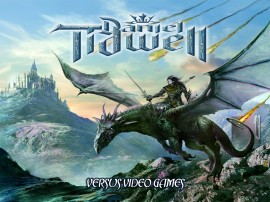 Why have you chosen this boring cover (though it looks excellent)? Why not this one.

Heheh, well, I suppose there could be an argument about which would’ve been a more boring or standard cover. I had actually thought about using something simple like that. It’s a cool concept and I may use something like that in the future, but for this one. I just wanted something over the top on the epic charts. Something that would really turn some heads, for better or worse. And I think JP Fournier nailed it right on!

A quickie at the end: favourite game, platform, developer and company.

Ooh. Such a tough question, I can’t pick an absolute 100% answer on this but I guess it would have to go something like Final Fantasy VII – PlayStation – SquareSoft – At least that is back when they were SquareSoft they were probably my favorites. But as I said, so many awesome ones hard to pick one.

Last chance: did we miss something – something you need to tell us?

Just one thing – Buy the album! That way I get to make more :)